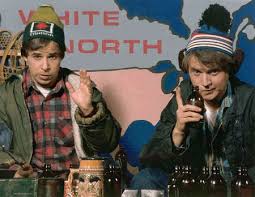 Last night, while my wife, her mother, and her Aunt, shopped the stalls at Portobello Market, I sat perched atop a bar stool and watched England take on Spain in a friendly international.  And it was friendly, as far as England was concerned.  Even more friendly, I watched a young girl cry as she said goodbye to her short, stout, friend.

They parted ways.  One stayed in England and the other probably went somewhere in Eastern Europe.  It was just a guess, but I felt pretty good about it.  The young lady came into the bar and ordered a half pint of cider through her tears.  She gave the barman a bunch of change and asked if he could just take what it costs.  She was all out of sorts.  It was really touching.  I thought about all the friends I had said goodbye to, not knowing if and when we would ever see each other again.  I remember saying so long to Australia, where the unknown turned to sadness.  We were so young.

That situation was different, though, because I left an island and a country and knew that there was a risk that I would never return.  I tipped my Red Stripe back and watched Torres enter the game to snickers from the crowd.  I shot a quick text to a friend who had shared many of pints with me in that same spot and wondered if we had said goodbye.  No, we hadn’t.

Maybe we should good bye and thank you more often.  Sometimes “later dude” just won’t cut it.  Goodbyes are tough, but truth is as we get older and the flows in our lives take us to different places with clearer priorities.  We hit the age of 30 and I truly believe that good byes have a much better chance of really meaning good bye.

I don’t mean this to be sad or anything, I really hope that I have thanked my friends a million times over just in case we all get swept away to different places with new obstacles because, to me, the worst thing I can do is not thank the people who have meant so much to me.  To my Red Stripe friend, thank you and….see you soon.

Comments make me happy, leave one for eternalLuck Cancel reply