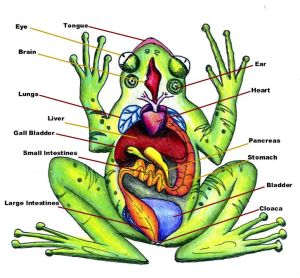 Sixth-graders come in two camps: those that giggle with uncontrollable joy when presented with a dead frog and an X-Acto knife, and those that shake their heads in protest, cry, vomit, or somehow manage to skip class on dissection day.

I was in the latter camp, not because it made me sad or sick, but because I never really understood why anyone would want to cut into a perfectly good frog if the frog was already dead. The frog had ribbited its final ribbit. There would be no mouth-to-gullet resuscitation. So what was the purpose?

I’ll leap to the point.

At the moment, I’m about as fond of dissecting an old manuscript as I was cutting into a perfectly good dead frog. And I think I’ve figured out why: the manuscript on the table in front of me is as dead as the paper it’s printed on.

But that was then, you see, because I followed common practice and shoved the manuscript into a drawer.  And as I sit here looking at the sheets, covered in red graffiti, I can’t help but think the story is dead. Done hopped its last lily.

The thing is, unlike a perfectly good dead frog, my unperfectly dead manuscript can be resuscitated.

With carefully crafted incisions, I can get the bits together the way they should be and give my story another chance. Of course, once I make my final cut, it really isn’t up to me – it’s only a reader’s eye that can give it another breath. And for that reason, I sit here with a red pen, fingers anxious to dance, giddy at the thought that my characters may live once again.

Comments make me happy, leave one for eternalLuck Cancel reply