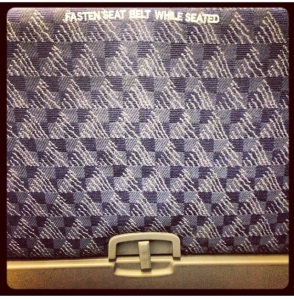 I’ve always wanted to be a writer.  I just didn’t know it.

My profession had trained me to write persuasively, but my musings were always based on and limited by the facts – provable nuggets on which every word could be traced.  But when that same profession threw me a curve ball, I had a day of reckoning.  It was late in 2010.  It was an epiphany of grand importance with even grander simplicity.

I could make it up, all of it.  My words weren’t bound to convention.  I had stories to tell.

The realization changed my life.  So much that I actually grew three inches taller to reach 6 foot 3.

Since that day, I have dreamt in words – literally, I have had dreams where words flow across the backs of my eyes – and searched with my senses to turn every encounter into a story.  It’s actually kind of exhausting, but let me tell you – I’m hooked.

I started eternalDomnation in December 2010 with an aim at using it to document my writing process, and more importantly to capture ideas, characters, or to even respond to prompts.  I started my first novel, Rolling for Coal, that same winter, and have been writing and blogging ever since.

Rolling for Coal is on the verge of becoming something special, at least to me, but it’s not there yet.  After the beta read process, I decided to invest in another round of rewrites and revisions before I make the ultimate decision on whether publish or shelve.  Meanwhile, I’ve started my second novel, Beta Fish, and hope to wrap up the first draft by the end of 2013.

I work more than full-time but create opportunities to write when I can.  I am married to my best friend and biggest supporter, Sheila.  Our son, Luca, is – objectively speaking, and based on undeniable fact – the most athletic, bright, and good looking toddler in the universe.  We all live in San Francisco but support Los Angeles sporting teams.